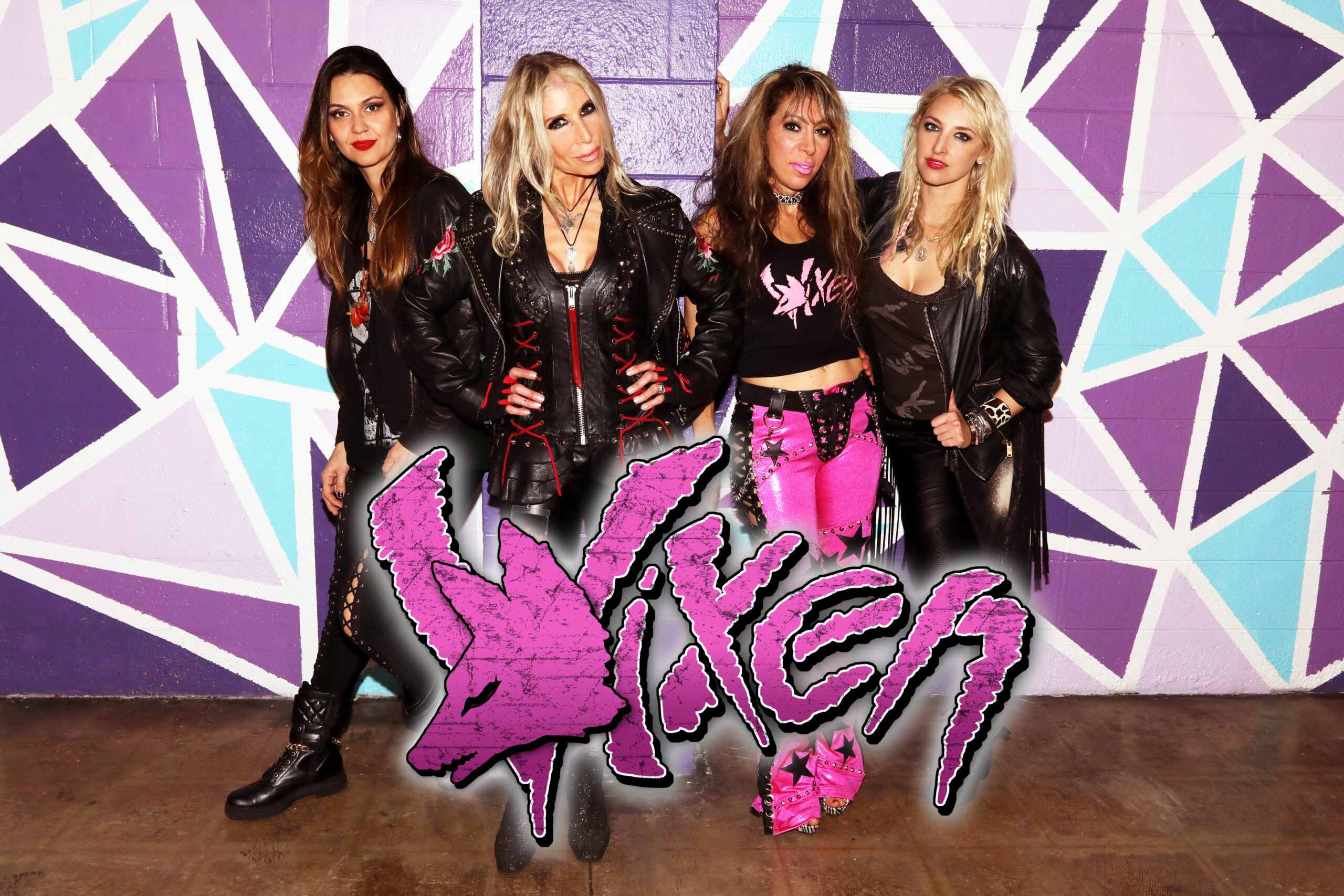 THERE’S ONLY ONE ALL-FEMALE HARD ROCK BAND FROM THE 80’S WHO:

– Sold over a million albums

Vixen was founded in St. Paul, MN by high-schooler guitarist Jan Kuehnemund. The desire to achieve the rock star dreams like so many before her, Jan took her group to Hollywood but soon retooled the line-up, which included; vocalist Janet Gardner, drummer Roxy Petrucci and bassist Share Ross (Pedersen).

In 1987 a pair of big brass balls at EMI Records decided to roll the dice with Vixen, despite all the stereotypes regarding bands fronted by chicks was then initiated into the male dominated club of hard rock. EMI released their self-named debut album “Vixen” featuring the groups’ first hit “Edge of a Broken Heart” penned by Richard Marx and Fee Waybill (The Tubes). MTV became Vixen’s playground and so coupled with exhaustive touring Vixen embarked on their ride.

Piling on more hits the band charted Billboard at #22 with ballad, “Cryin’“ and “Love Made Me” at #36. The road continued to call opening for Ozzy Osbourne, Scorpions, Eddie Money and many others. Vixens had firmly distinguished themselves as a premiere rock act to be taken seriously.