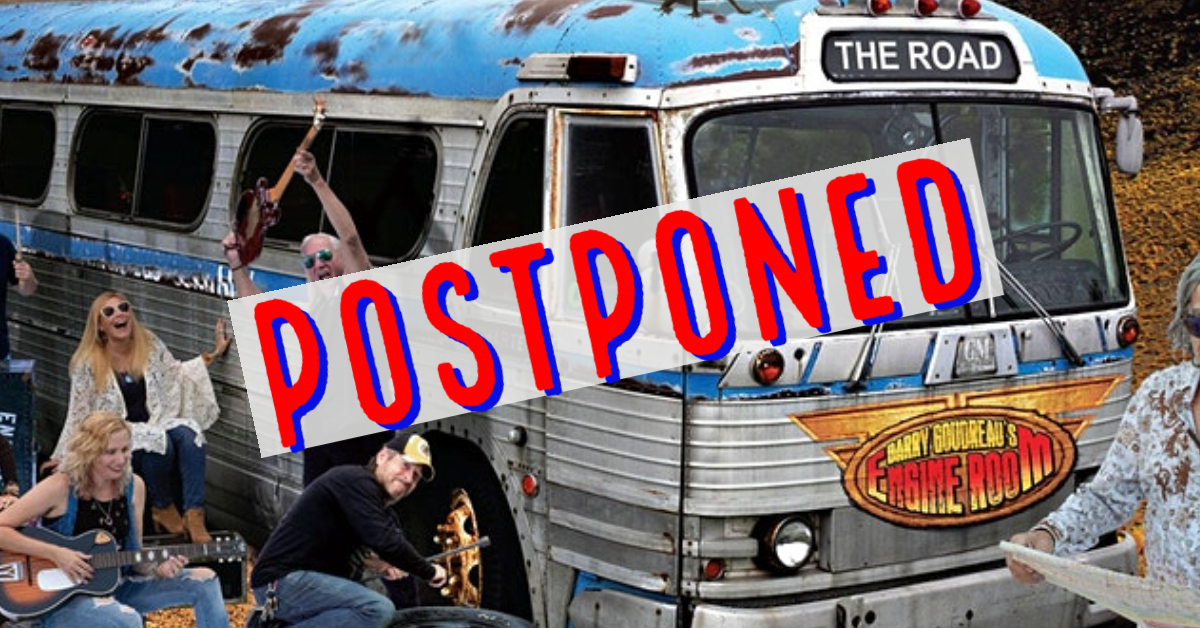 Due to unforeseen circumstances, this event is postponed. The new date will be announced ASAP>

Guitarist Barry Goudreau, formerly of Boston, recently announced the release of his new CD, “The Road” from his band Barry Goudreau’s Engine Room. Barry’s blues/rock ensemble includes his former RTZ bandmates Brian Maes on lead vocals and keyboards, as well as Tim Archibald on bass. Both Maes and Archibald were members of Peter Wolf’s House Party Five, playing on two of his records and touring the world extensively. The band is rounded out with “Old” Tony DePietro on drums and Mary Beth Maes, Terri O’Soro and Joanie Cicatelli on background vocals. Expect some favorites like “Smokin” and “Long Time” in their live set, alongside songs from the new CD as well as tracks from “Full Steam Ahead”, the 2017 release from Barry Goudreau’s Engine Room.

Produced by Brian Maes, “The Road” features songs written by Goudreau, Maes, Archibald and DePietro, with the sole exception of “The Rhythm Won’t Stop”, penned by Brad Delp and Barry Goudreau. Goudreau calls it “Contemporary classic rock”, an apt description of songs like “Love Will Lead The Way”, “Word To The Wise” and the power ballad “Shade”–songs inspired the iconic music of the great rock bands of the 70s and beyond.

The Engine Room’s 2017 CD Full Steam Ahead” covers the whole spectrum of blues and rock, from the stripped down blues of “All Mine” to the all out rock assault of “Need”. A longtime friend of Goudreau’s, legendary bluesman James Montgomery, sits in on harp for “Layin’ it Down {In Beantown}.” Barry says “I wanted to look back to the acts of the late sixties and early seventies when they were reinventing the blues in new and exciting ways”. The record was produced by Maes in his studio with Goudreau recording the guitar tracks in his own home studio.

With new music to play, Barry Goudreau’s Engine Room looks forward to a return to the stage!