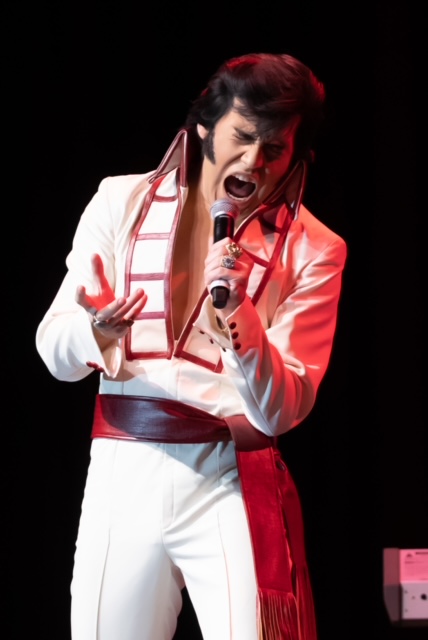 From the moment he takes the stage, Taylor Rodriguez captivates the crowd with his deeply rooted passion for entertaining. Whether performing a tribute to his idol Elvis Presley, gospel and rockabilly music, classic country songs or popular hits from past and present day, his unique voice and intriguing stage presence allows the audience to unwind and enjoy his natural and pleasing manner. Through his quiet and calm demeanor, Taylor takes the audience on a musical journey while invoking memories of days past.
Taylor hails from Lynchburg, Virginia and has had the honor of performing in many musical productions including the Million Dollar Quartet where he starred as Elvis Presley. In 2017 he was named One of the Top 5 Elvis Tribute Artist in the world. In June of 2019, he was crowned the 2019 Tupelo Elvis Festival Champion.

Taylor Rodriguez was named The 2019 Ultimate Elvis Tribute Artist Champion by Elvis Presley Enterprises(EPE). He won a grand prize of $20,000 and a contract with EPE.